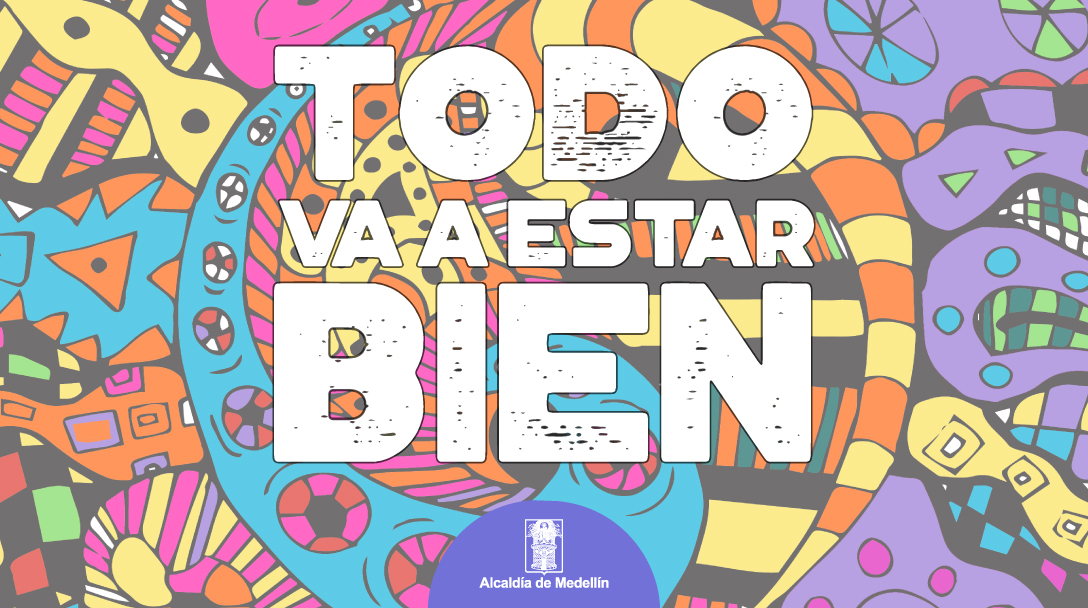 Seymour Hersh exposed the My Lai massacre during the Vietnam war, for which he won the Pulitzer Prize. Photograph: Wally McNamee/Corbis

Seymour Hersh on Obama, NSA and the ‘pathetic’ American media

Pulitzer Prize winner explains how to fix journalism, saying press should ‘fire 90% of editors and promote ones you can’t control’

Seymour Hersh has got some extreme ideas on how to fix journalism – close down the news bureaus of NBC and ABC, sack 90% of editors in publishing and get back to the fundamental job of journalists which, he says, is to be an outsider.

It doesn’t take much to fire up Hersh, the investigative journalist who has been the nemesis of US presidents since the 1960s and who was once described by the Republican party as «the closest thing American journalism has to a terrorist».

He is angry about the timidity of journalists in America, their failure to challenge the White House and be an unpopular messenger of truth.

Don’t even get him started on the New York Times which, he says, spends «so much more time carrying water for Obama than I ever thought they would» – or the death of Osama bin Laden. «Nothing’s been done about that story, it’s one big lie, not one word of it is true,» he says of the dramatic US Navy Seals raid in 2011.

Hersh is writing a book about national security and has devoted a chapter to the bin Laden killing. He says a recent report put out by an «independent» Pakistani commission about life in the Abottabad compound in which Bin Laden was holed up would not stand up to scrutiny. «The Pakistanis put out a report, don’t get me going on it. Let’s put it this way, it was done with considerable American input. It’s a bullshit report,» he says hinting of revelations to come in his book.

The Obama administration lies systematically, he claims, yet none of the leviathans of American media, the TV networks or big print titles, challenge him.

«It’s pathetic, they are more than obsequious, they are afraid to pick on this guy [Obama],» he declares in an interview with the Guardian.

«It used to be when you were in a situation when something very dramatic happened, the president and the minions around the president had control of the narrative, you would pretty much know they would do the best they could to tell the story straight. Now that doesn’t happen any more. Now they take advantage of something like that and they work out how to re-elect the president.

He isn’t even sure if the recent revelations about the depth and breadth of surveillance by the National Security Agency will have a lasting effect.

Snowden changed the debate on surveillance

He is certain that NSA whistleblower Edward Snowden «changed the whole nature of the debate» about surveillance. Hersh says he and other journalists had written about surveillance, but Snowden was significant because he provided documentary evidence – although he is sceptical about whether the revelations will change the US government’s policy.

«Duncan Campbell [the British investigative journalist who broke the Zircon cover-up story], James Bamford [US journalist] and Julian Assange and me and the New Yorker, we’ve all written the notion there’s constant surveillance, but he [Snowden] produced a document and that changed the whole nature of the debate, it’s real now,» Hersh says.

«Editors love documents. Chicken-shit editors who wouldn’t touch stories like that, they love documents, so he changed the whole ball game,» he adds, before qualifying his remarks.

«But I don’t know if it’s going to mean anything in the long [run] because the polls I see in America – the president can still say to voters ‘al-Qaida, al-Qaida’ and the public will vote two to one for this kind of surveillance, which is so idiotic,» he says.

Holding court to a packed audience at City University in London’s summer school on investigative journalism, 76-year-old Hersh is on full throttle, a whirlwind of amazing stories of how journalism used to be; how he exposed the My Lai massacre in Vietnam, how he got the Abu Ghraib pictures of American soldiers brutalising Iraqi prisoners, and what he thinks of Edward Snowden.

Despite his concern about the timidity of journalism he believes the trade still offers hope of redemption.

«I have this sort of heuristic view that journalism, we possibly offer hope because the world is clearly run by total nincompoops more than ever … Not that journalism is always wonderful, it’s not, but at least we offer some way out, some integrity.»

His story of how he uncovered the My Lai atrocity is one of old-fashioned shoe-leather journalism and doggedness. Back in 1969, he got a tip about a 26-year-old platoon leader, William Calley, who had been charged by the army with alleged mass murder.

Instead of picking up the phone to a press officer, he got into his car and started looking for him in the army camp of Fort Benning in Georgia, where he heard he had been detained. From door to door he searched the vast compound, sometimes blagging his way, marching up to the reception, slamming his fist on the table and shouting: «Sergeant, I want Calley out now.»

Eventually his efforts paid off with his first story appearing in the St Louis Post-Despatch, which was then syndicated across America and eventually earned him the Pulitzer Prize. «I did five stories. I charged $100 for the first, by the end the [New York] Times were paying $5,000.»

He was hired by the New York Times to follow up the Watergate scandal and ended up hounding Nixon over Cambodia. Almost 30 years later, Hersh made global headlines all over again with his exposure of the abuse of Iraqi prisoners at Abu Ghraib.

Put in the hours

For students of journalism his message is put the miles and the hours in. He knew about Abu Ghraib five months before he could write about it, having been tipped off by a senior Iraqi army officer who risked his own life by coming out of Baghdad to Damascus to tell him how prisoners had been writing to their families asking them to come and kill them because they had been «despoiled».

«I went five months looking for a document, because without a document, there’s nothing there, it doesn’t go anywhere.»

Hersh returns to US president Barack Obama. He has said before that the confidence of the US press to challenge the US government collapsed post 9/11, but he is adamant that Obama is worse than Bush.

«Do you think Obama’s been judged by any rational standards? Has Guantanamo closed? Is a war over? Is anyone paying any attention to Iraq? Is he seriously talking about going into Syria? We are not doing so well in the 80 wars we are in right now, what the hell does he want to go into another one for. What’s going on [with journalists]?» he asks.

He says investigative journalism in the US is being killed by the crisis of confidence, lack of resources and a misguided notion of what the job entails.

«Too much of it seems to me is looking for prizes. It’s journalism looking for the Pulitzer Prize,» he adds. «It’s a packaged journalism, so you pick a target like – I don’t mean to diminish because anyone who does it works hard – but are railway crossings safe and stuff like that, that’s a serious issue but there are other issues too.

«Like killing people, how does [Obama] get away with the drone programme, why aren’t we doing more? How does he justify it? What’s the intelligence? Why don’t we find out how good or bad this policy is? Why do newspapers constantly cite the two or three groups that monitor drone killings. Why don’t we do our own work?

«Our job is to find out ourselves, our job is not just to say – here’s a debate’ our job is to go beyond the debate and find out who’s right and who’s wrong about issues. That doesn’t happen enough. It costs money, it costs time, it jeopardises, it raises risks. There are some people – the New York Times still has investigative journalists but they do much more of carrying water for the president than I ever thought they would … it’s like you don’t dare be an outsider any more.»

He says in some ways President George Bush‘s administration was easier to write about. «The Bush era, I felt it was much easier to be critical than it is [of] Obama. Much more difficult in the Obama era,» he said.

Asked what the solution is Hersh warms to his theme that most editors are pusillanimous and should be fired.

«I’ll tell you the solution, get rid of 90% of the editors that now exist and start promoting editors that you can’t control,» he says. I saw it in the New York Times, I see people who get promoted are the ones on the desk who are more amenable to the publisher and what the senior editors want and the trouble makers don’t get promoted. Start promoting better people who look you in the eye and say ‘I don’t care what you say’.

Nor does he understand why the Washington Post held back on the Snowden files until it learned the Guardian was about to publish.

If Hersh was in charge of US Media Inc, his scorched earth policy wouldn’t stop with newspapers.

«I would close down the news bureaus of the networks and let’s start all over, tabula rasa. The majors, NBCs, ABCs, they won’t like this – just do something different, do something that gets people mad at you, that’s what we’re supposed to be doing,» he says.

Hersh is currently on a break from reporting, working on a book which undoubtedly will make for uncomfortable reading for both Bush and Obama.

«The republic’s in trouble, we lie about everything, lying has become the staple.» And he implores journalists to do something about it. 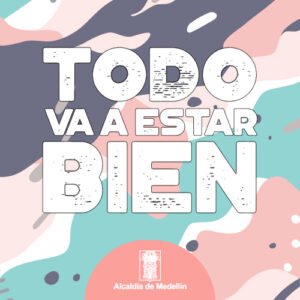